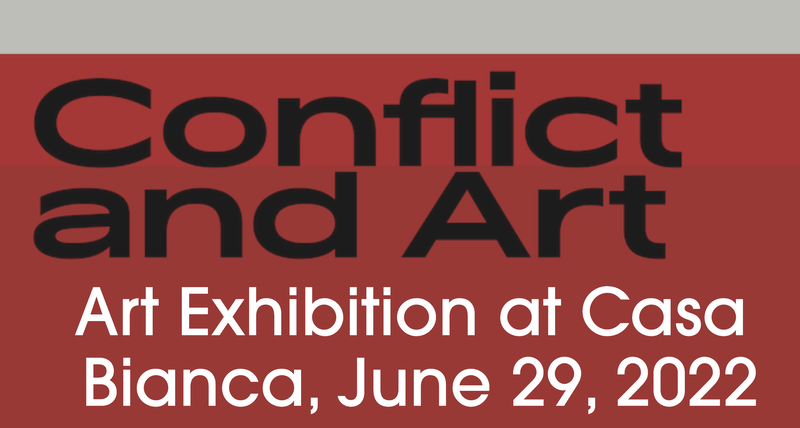 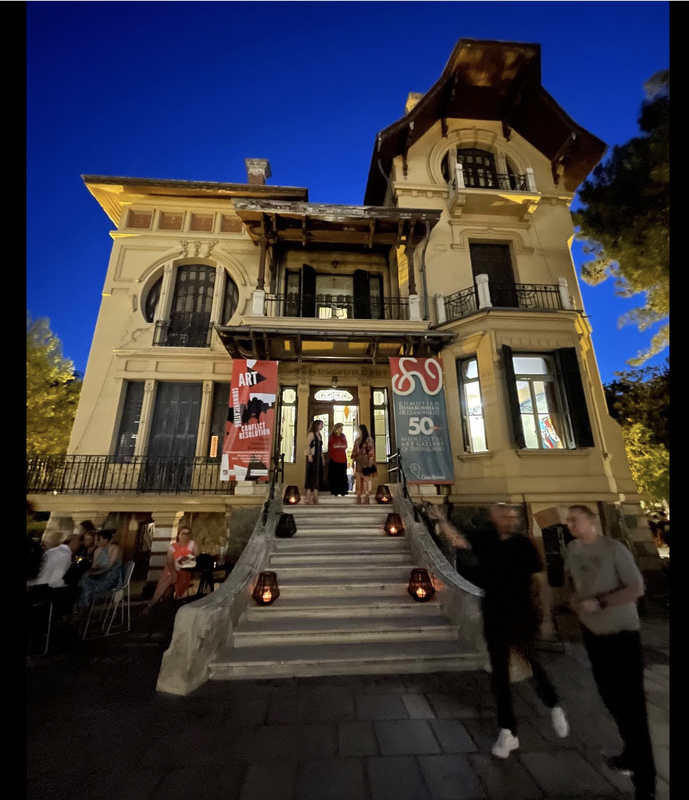 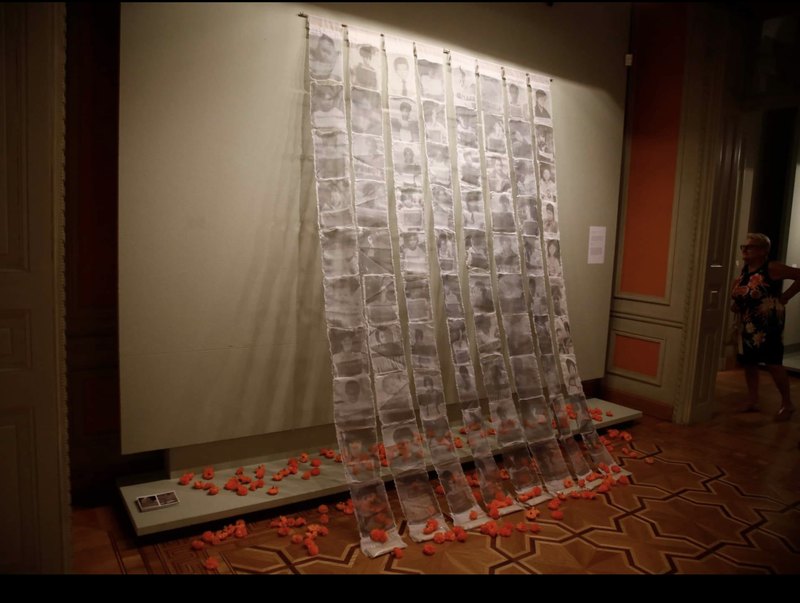 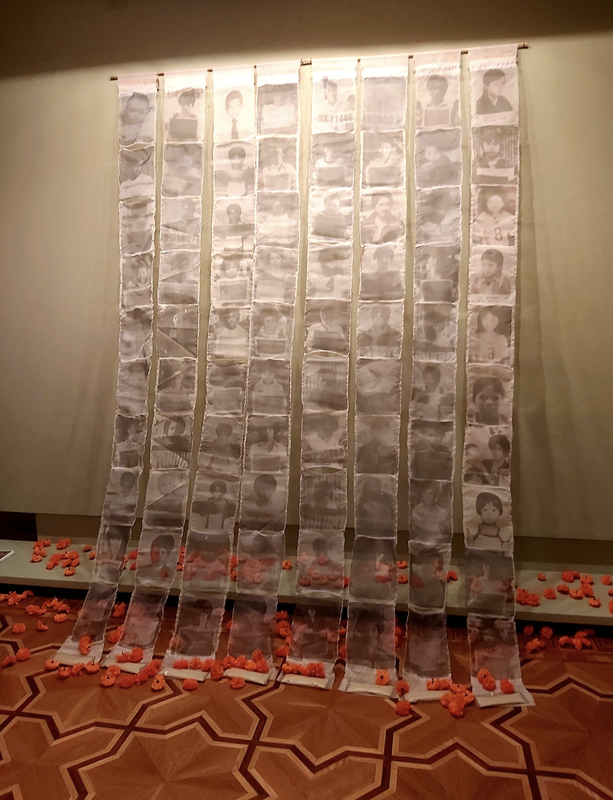 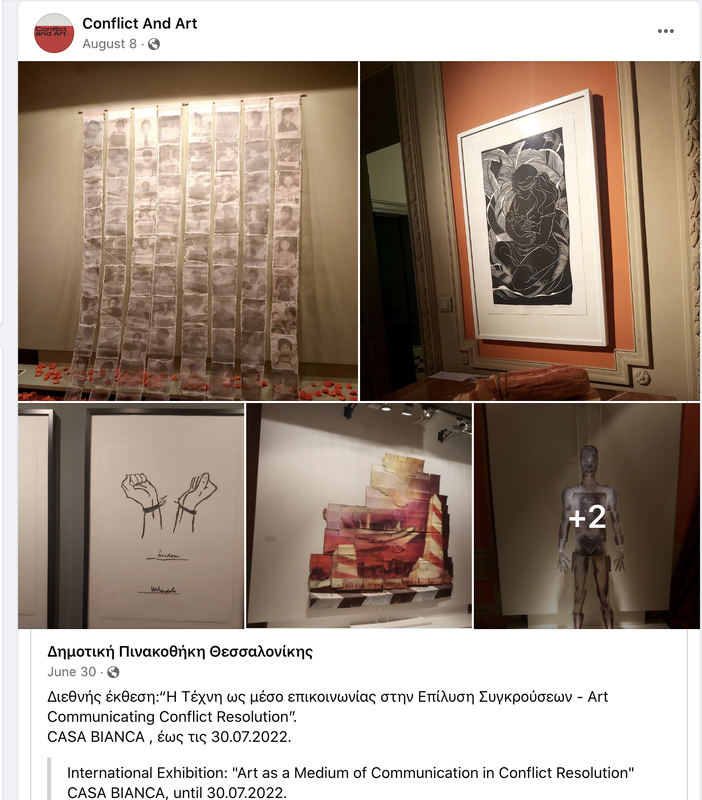 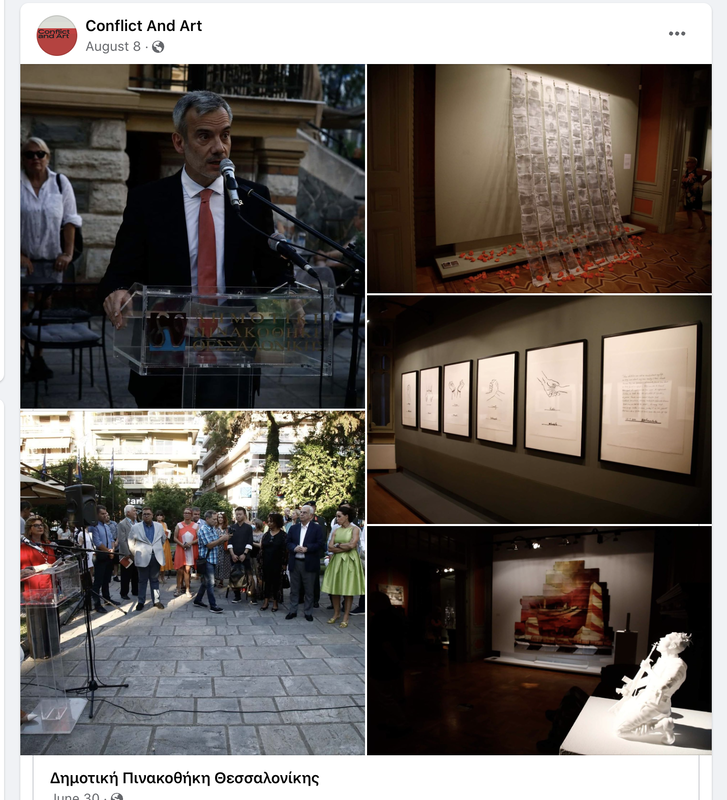 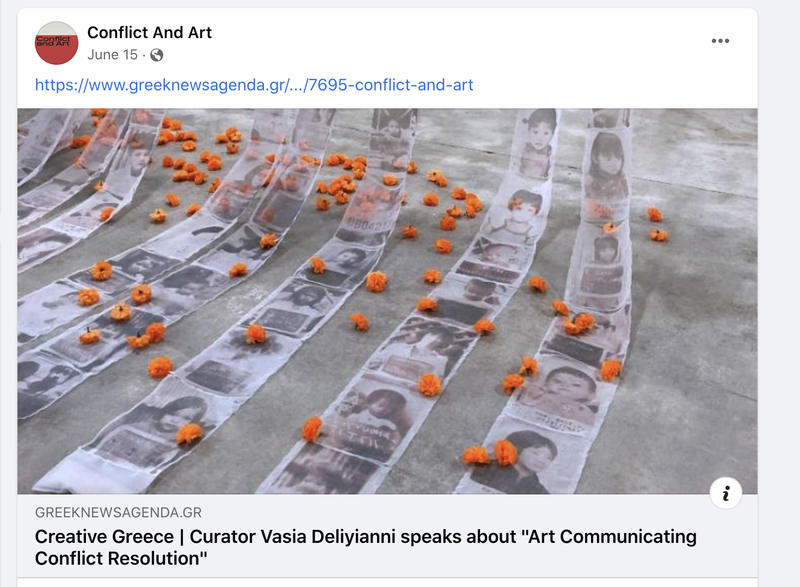 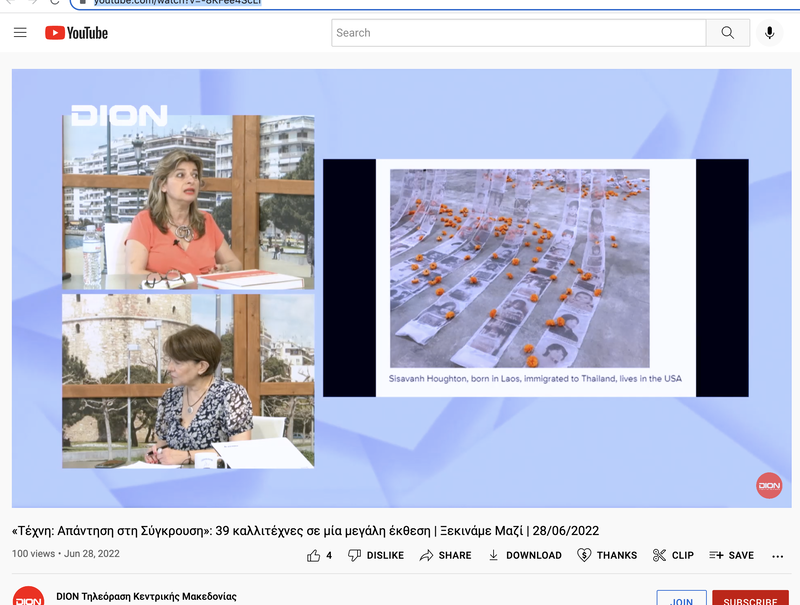 ​Conflict and Art is an international initiative led by Vasia Deliyianni, a curator and artist based in Washington, D.C. It includes a community of artists, writers and communicators exploring how art helps to resolve conflicts.

​As war ravages in Ukraine and people worldwide battle the challenges of Covid, the historic city of Thessaloniki in northern Greece will host the launch of a landmark art exhibition and conference, “Art Communicating Conflict Resolution,” from June 29 through July 31, featuring the works of 39 internationally-renowned artists, including the late Nelson Mandela and local Greek and Cypriot artists.
With the support of Thessaloniki Mayor Konstantinos Zervas and Thessaloniki Deputy Mayor of Culture and Tourism Maria Karagianni, the art exhibition will open on June 29 at the Casa Bianca, home to the Municipal Art Gallery of Thessaloniki and run through July 31, 2022. Its theme is based on the book, Can Art Aid in Resolving Conflicts? (Frame Publishers, 2018), featuring many international artists in the exhibit.
Casa Bianca was constructed in 1911 by factory owner Dino Fernandez Diaz, a member of the local Jewish community captured and killed in Italy by German forces, and the exhibition – a century after the villa’s construction – will feature the work of 39 artists among them three Jewish artists. The UNESCO conference will feature a respected Israeli academic, Noam Latar, coauthor of Can Art Aid in Resolving Conflicts?
www.conflictandart.com/?fbclid=IwAR0wbMvnkvlh-Fpxvp7pV8T--MjU7GLKqdVWduWQ1vvTrI5nOJv5kUE7up8
​www.greeknewsagenda.gr/interviews/arts-in-greece/7695-conflict-and-art?fbclid=IwAR03kY-qu-I0ypPu2IkUfrXEpVbfWIWFdeJ1ViIqQZ4pGoMhV04hQ5qjtnc