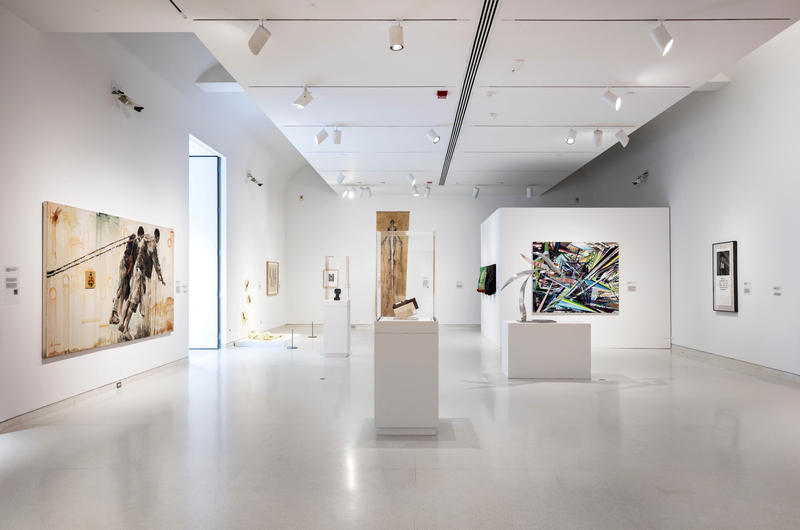 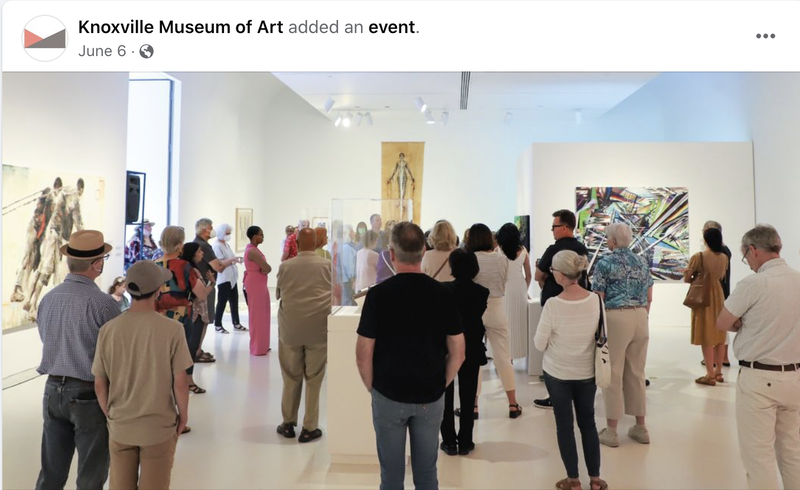 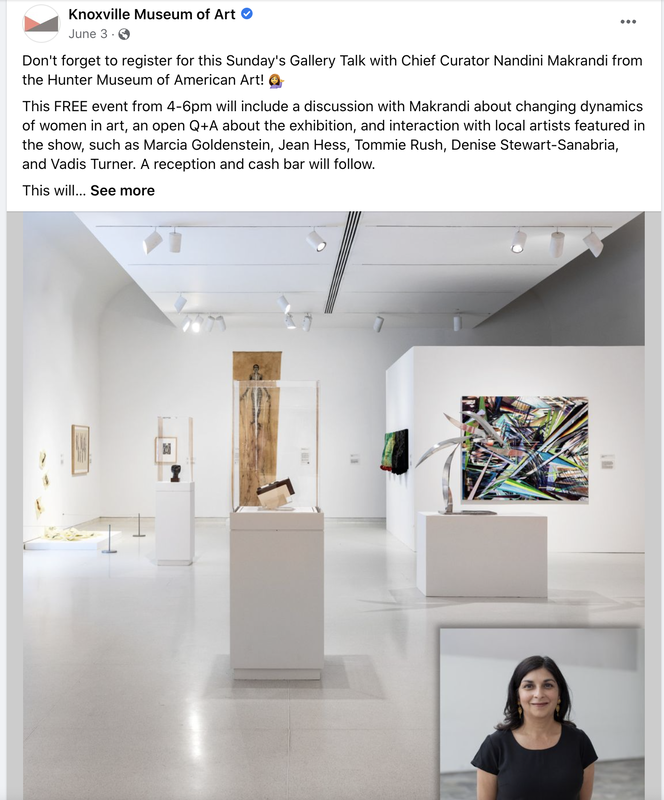 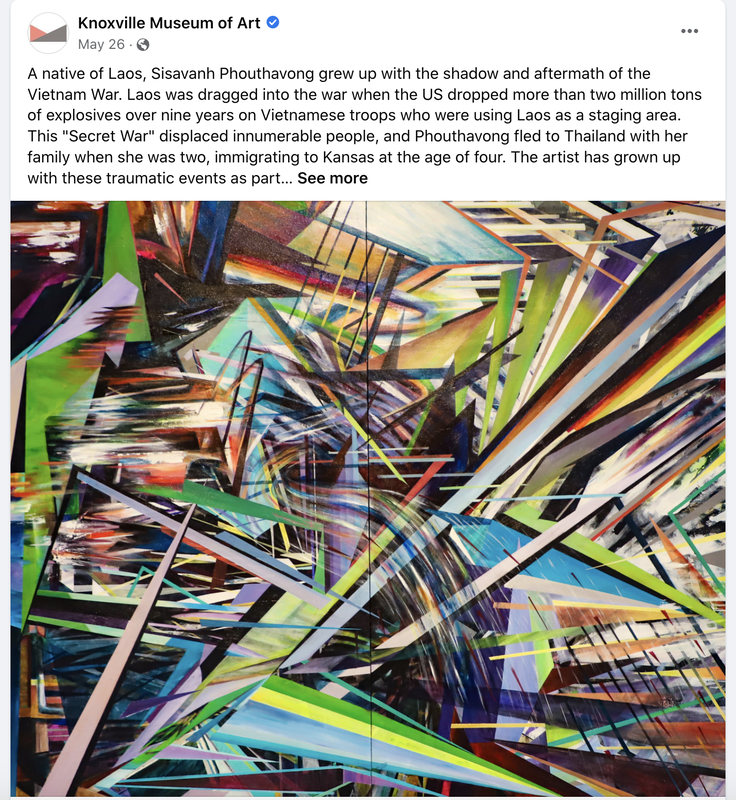 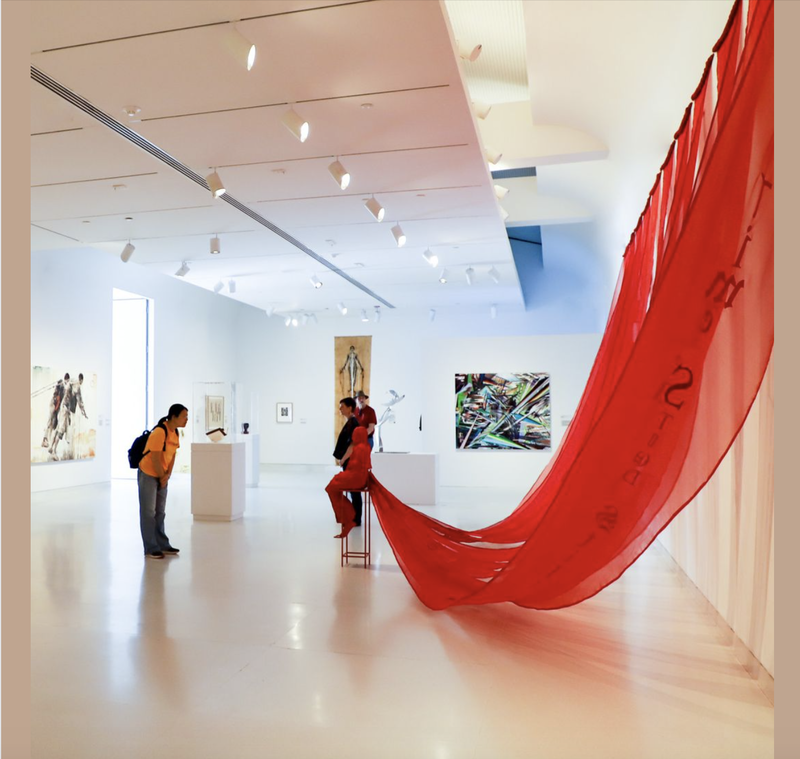 A native of Laos, Sisavanh Phouthavong grew up with the shadow and aftermath of the Vietnam War. Laos was dragged into the war when the US dropped more than two million tons of explosives over nine years on Vietnamese troops who were using Laos as a staging area. This "Secret War" displaced innumerable people, and Phouthavong fled to Thailand with her family when she was two, immigrating to Kansas at the age of four. The artist has grown up with these traumatic events as part of the background of her daily life. Phouthavong graphically connects the sense of dislocation that all immigrants and refugees feel – they no longer belong in their home culture and never quite fit with their adopted one. Explosive turmoil is expressed in the gestural lines that race through the disjointed works, fracturing, disorienting, confusing—a tangible indicator of blast fragments as well as inner emotional chaos.
Sisavanh Phouthavong (Vientiane, Laos 1976; lives and works in Murfreesboro, Tennessee), "Impact", 2018, acrylic on board, Museum purchase, HMAA.2018.10

Since 2000, the Hunter Museum of American Art in Chattanooga has prioritized the acquisition of works by women artists from around the United States, who have long lagged behind their male counterparts when it comes to museum-level recognition. Between 2008 and 2018, works by women constituted just 11 percent of acquisitions and 14 percent of exhibitions at 26 major American museums. Women Artists: Highlights from the Hunter Museum of American Art celebrates work by contemporary American female artists. This exhibit and Currents: Women Artists from the KMA Collection (one floor down) document what two important Tennessee cultural organizations are doing to support and empower women artists.

The road to recognition for women’s creative achievements has been long and difficult. The passage of the 19th amendment in 1920 may have guaranteed the right to vote for all women, but equity in practice took many more years—especially for women of color. The women’s rights movement began gaining strength in the 1960s, alongside those of civil rights and gay liberation movements. An outgrowth of this was the feminist art movement, encouraging women artists to rewrite a male-dominated art historical narrative by using unorthodox art materials, offering alternative exhibition venues, questioning political and social stereotypes, and often shunning conventional ideas of beauty. Each artist in this exhibition follows in the footsteps of these pioneers, bringing previously unheard voices into the mainstream. Highlights include an installation by Lesley Dill featuring floor-to-ceiling banners and hand embroidered text, a silhouette pop-up book by Kara Walker examining the history of American race relations, a textile by Vadis Turner questioning inherited gender roles, and a mixed media installation by Beverly Semmes inspired by composer John Cage’s minimalist music.
The artists featured in this exhibition are Elizabeth Catlett, Lesley Dill , Lin Emery, Clementine Hunter, Julie Moos, Catharine Newell, Sisavanh Phouthavong, Faith Ringgold, Alison Saar, Surabhi Saraf, Miriam Schapiro, Beverly Semmes, Lorna Simpson, Vadis Turner, Kara Elizabeth Walker, and Carrie Mae Weems. Organized by the Hunter Museum of American Art, Chattanooga.

**All images and text from the Knoxville Museum of Art
https://www.facebook.com/knoxvillemuseumofart
https://knoxart.org/exhibitions/women-artists-highlights-from-the-hunter-museum-of-american-art/