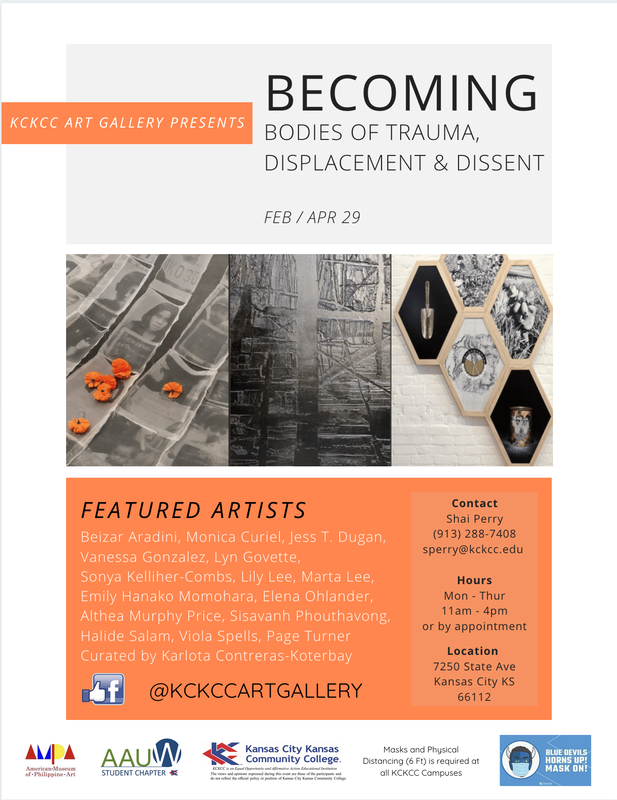 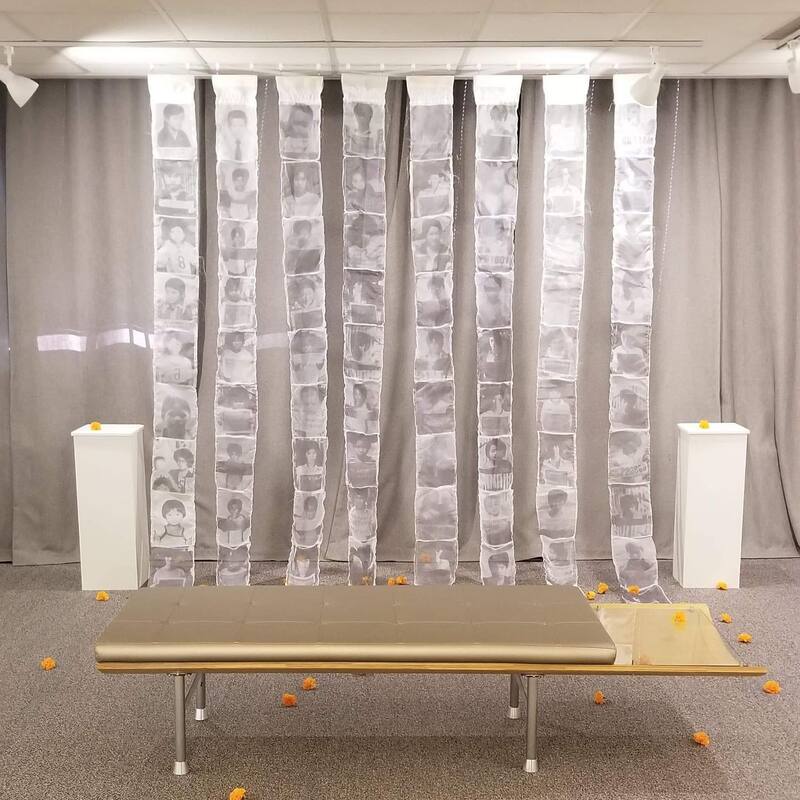 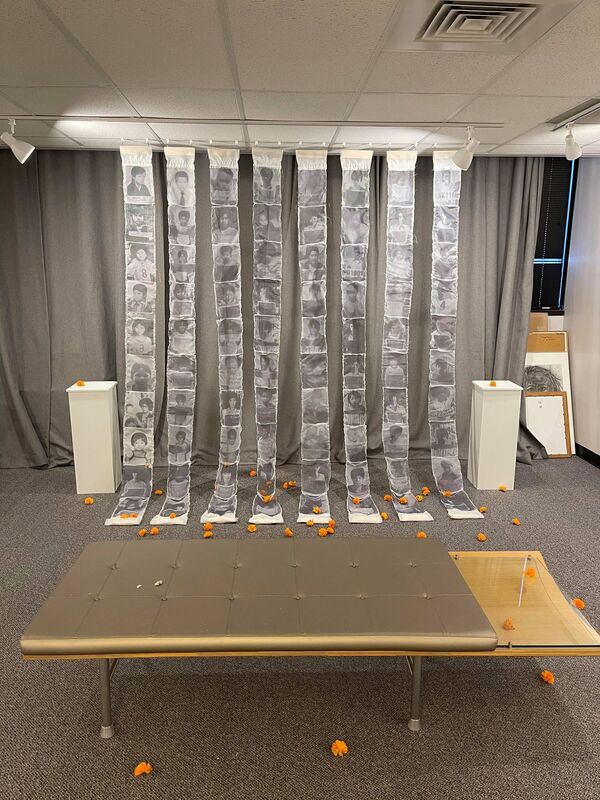 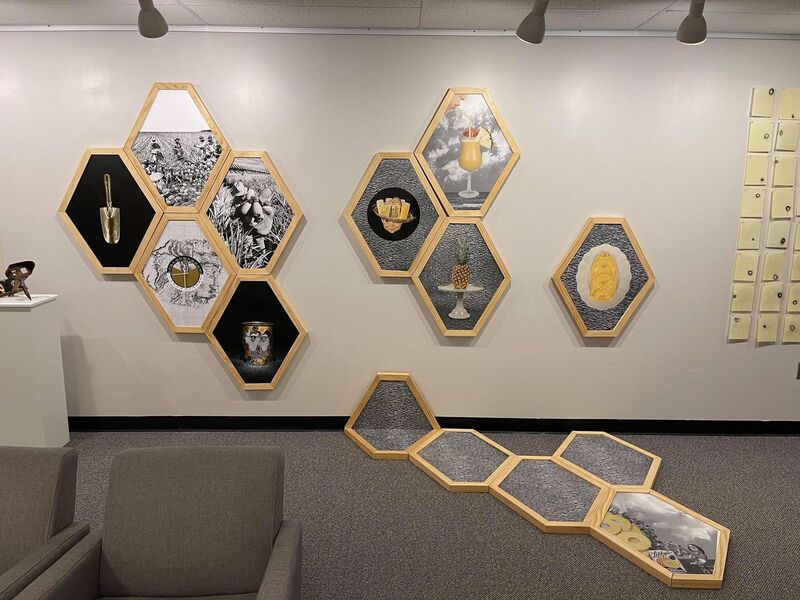 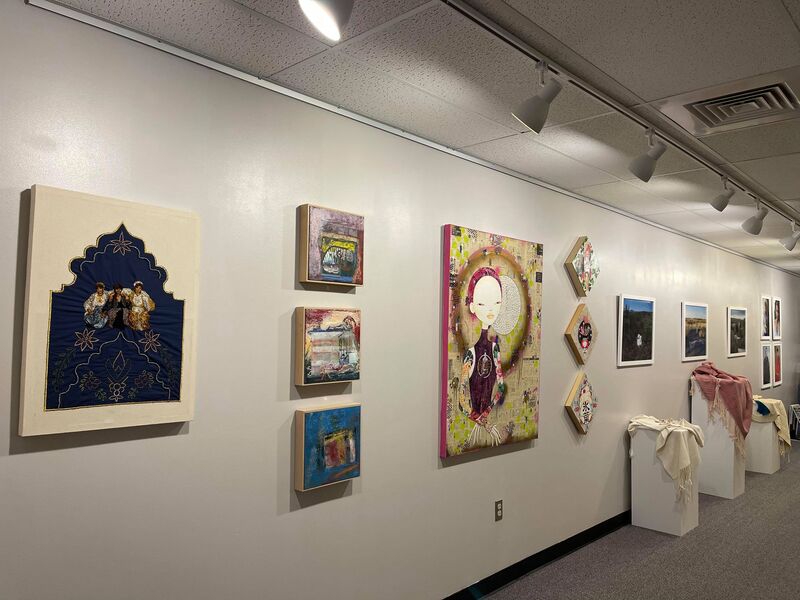 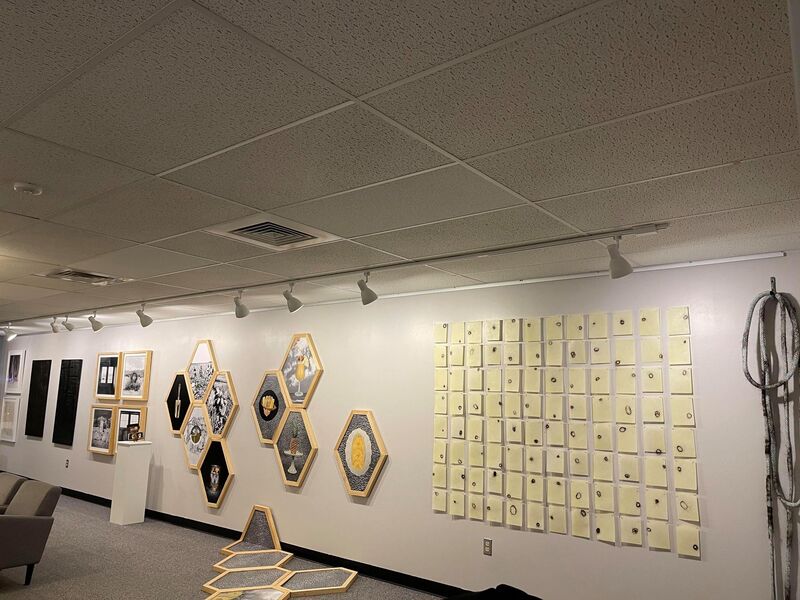 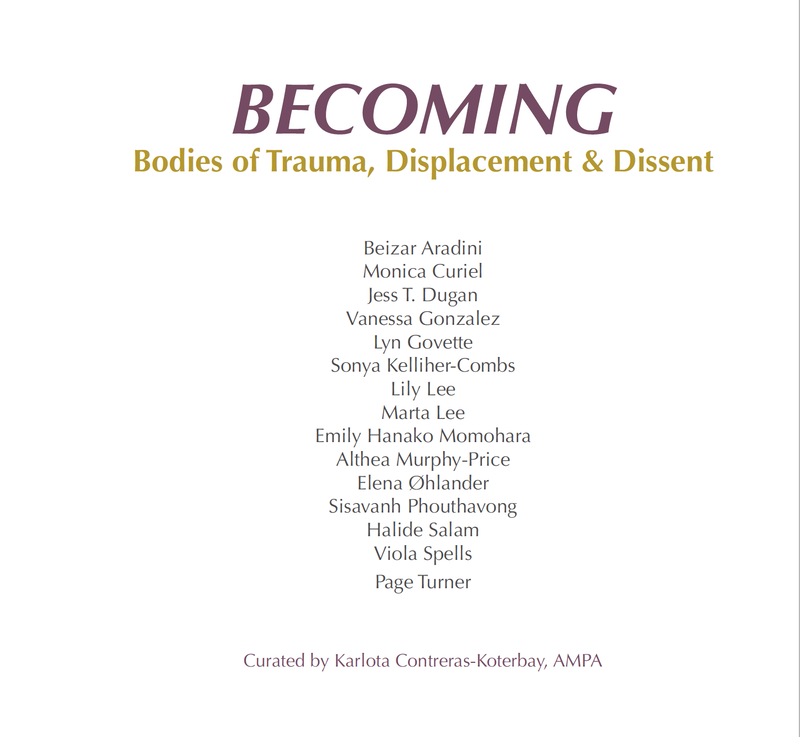 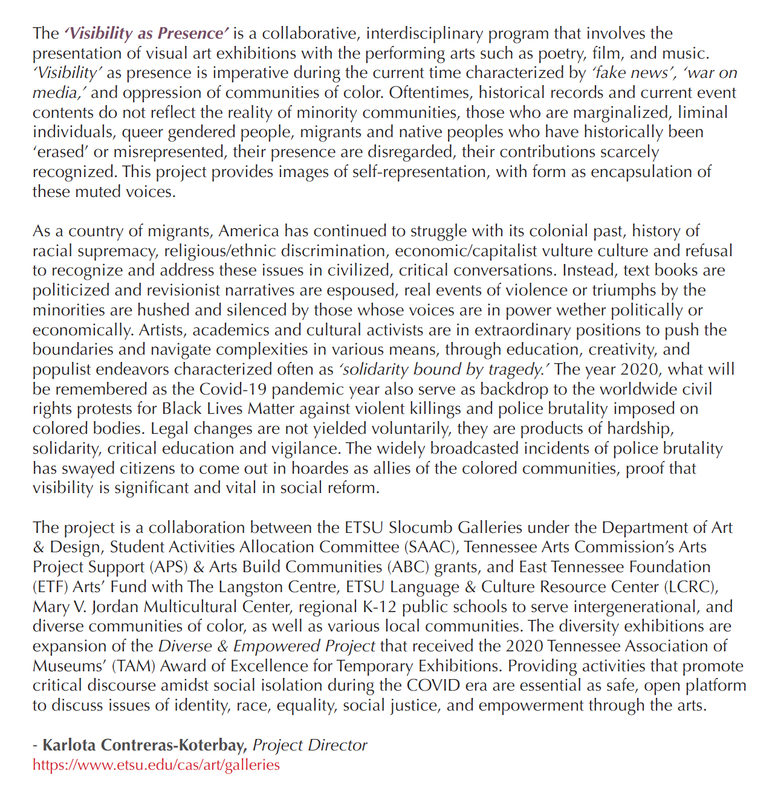 BECOMING: Bodies of Trauma, Displacement and Dissidence is a group exhibition featuring BIPOC [Black, Indigenous, People of Color] and artists of diverse cultural heritage, gender/sexual orientation and faiths. The womyn artists whose journeys and art practices are sinuous entanglements operating within the liminal, the thresholds of simultaneous belonging and as outsider, thriving on ‘in between’ spaces of not only geographic but also mental, cultural and psychological boundaries. Memories, narratives and experiences are integral to the creation of the ‘self’, a constructed identity borne not solely dependent on genetics nor psychological attributes, but dependent more on the convoluted external forces that are continuously engaged by the internal struggles and its persistence to triumph over trauma, pain, displacement and negation by society. There is strong agency in the ‘becoming’ as a ‘womyn,’ a distinct entity who grapples with the outside forces with its strong internal strength and values.

The employment of the term ‘x to denote non-binary gender connotations commonly seen with ‘o’ for male or ‘a’ for female; and in some cases ‘y’ instead of the common ‘e’, have similar intentions of veering away from the bi-gendered limitations, thus, favors equity and fluidity of gender as opposed to stereotyped ones. The artists selected for the exhibition hail from varied cultural heritage, gender/religious orientation and are intergenerational, whose commonality aside from gender is their engagement with art as form of agency and empowerment to address issues of migration, diaspora, generational trauma, hybrid identity using the body both as form and concept. Influenced by the feminist philosopher Simone de Beauvois’ idea of ‘becoming,’ a complex process of identity construction based on accumulative experience and intentionality.

Most of the artists selected are from the BIPOC including Beizar Aradini, Emily Hanako Momohara, Sisavanh Phouthavong, Halide Salam, Sonya Kelliher Combs, Elena Ohlander, Vanessa Gonzalez, Althea Murphy-Price, Viola Spells and/or LGBTQ communities such as Marta Lee and Jess Dugan, yet, the discourse is expanded to include artists from mainstream communities, like Page Turner and Lily Lee, whose practices address the marginalized, and the empowerment of fellow womyn of color.