Sisavanh Phouthavong
Interminable Suspension:
This piece speaks specifically about the endless efforts to assist with demining the scattered bomblets across Laos. The laser-engraved map is from the U.S. Air Force Bombing Data from the Province in Lao PDR from the website www.nra.gov.la. The map shows the bombed regions in Laos. The flowers symbolize the cluster bombs dropped from planes that automatically opens and releases hundreds of bomblets that explode on impact. For every 8 minutes, 24 hours a day, for nine years from 1964-1973 U.S. dropped 270 million cluster bombs on Laos during the Vietnam War. Laos is still the most bombed country per capita. 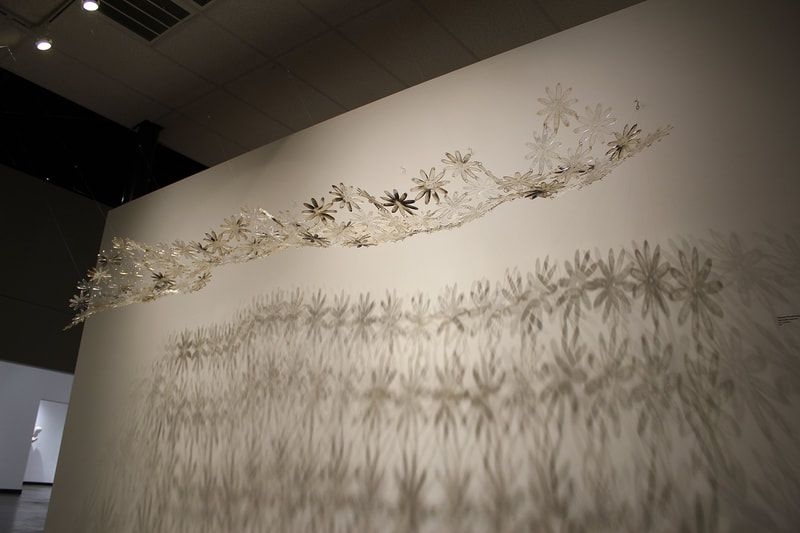 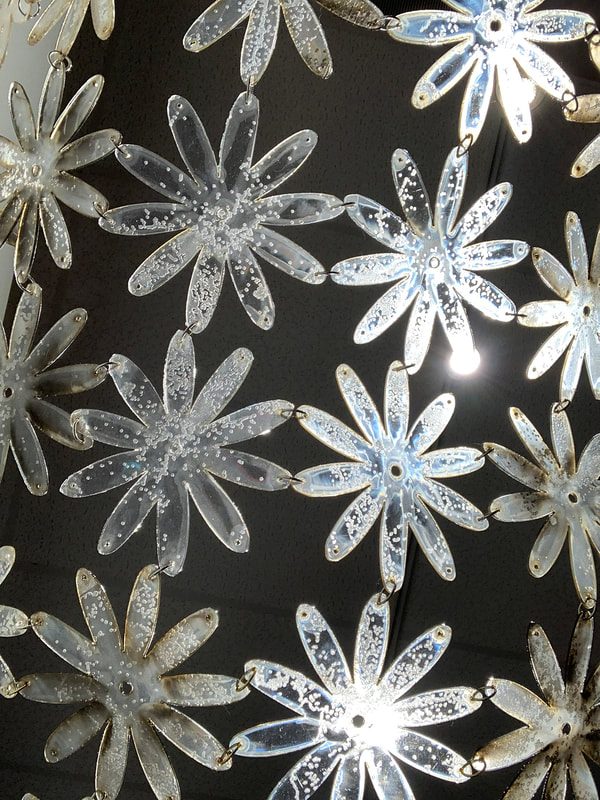 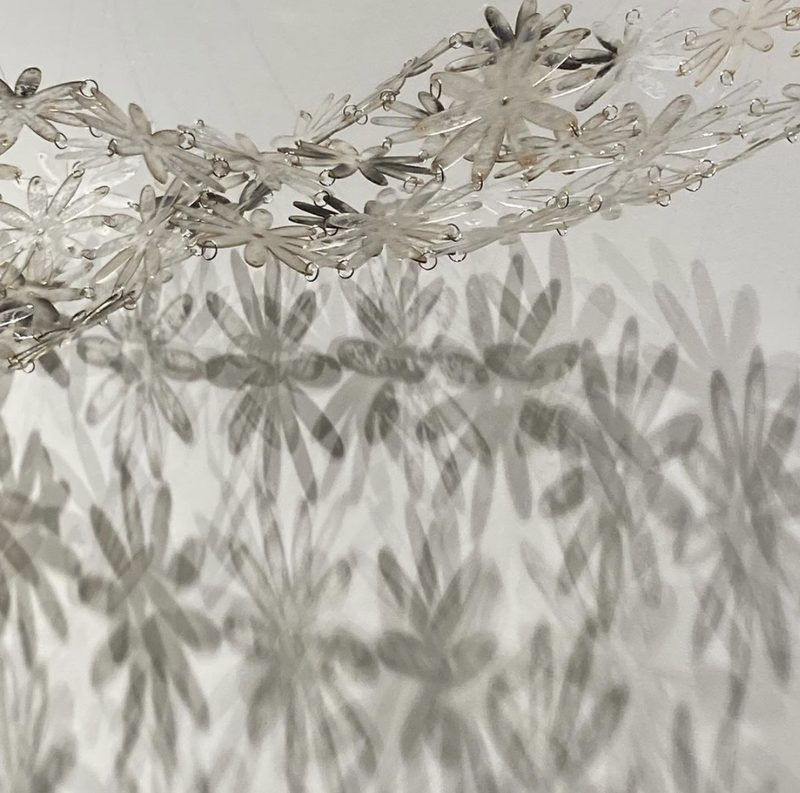 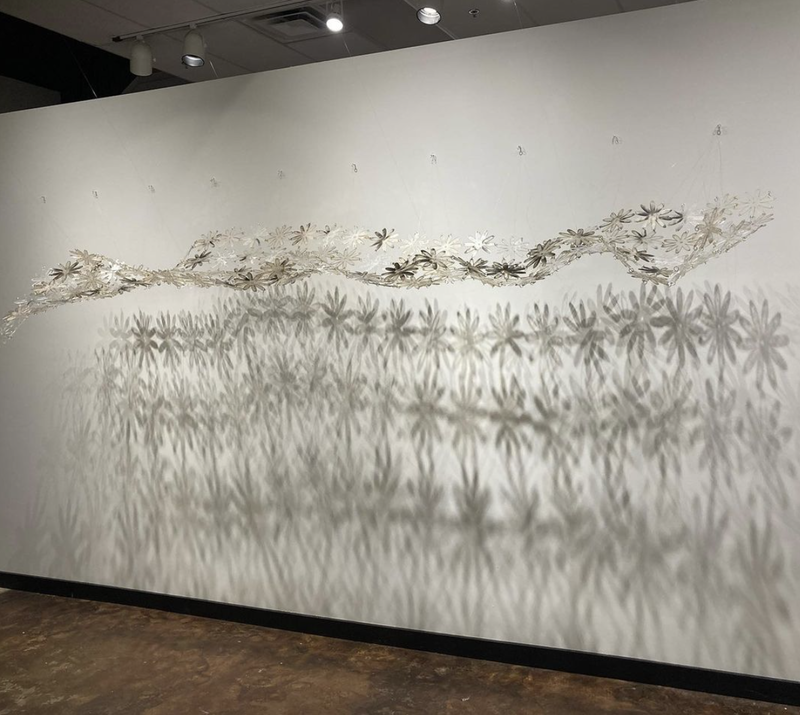 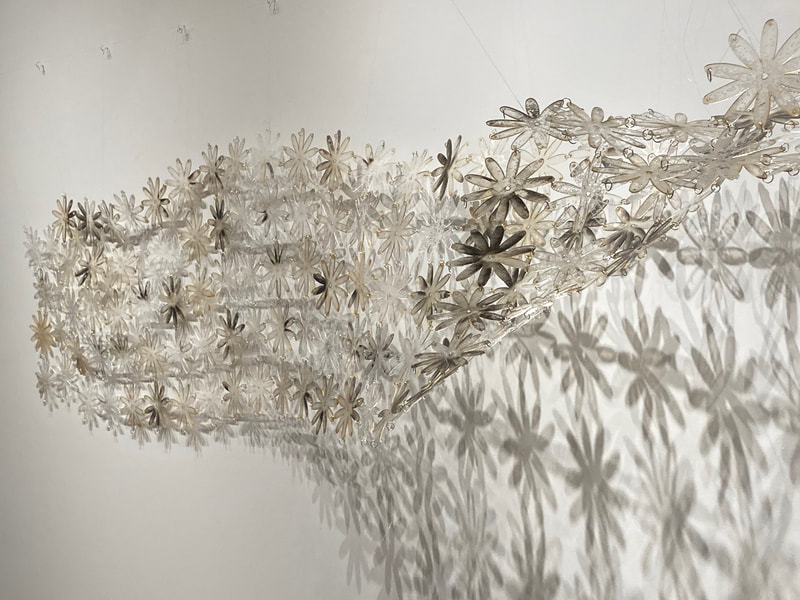 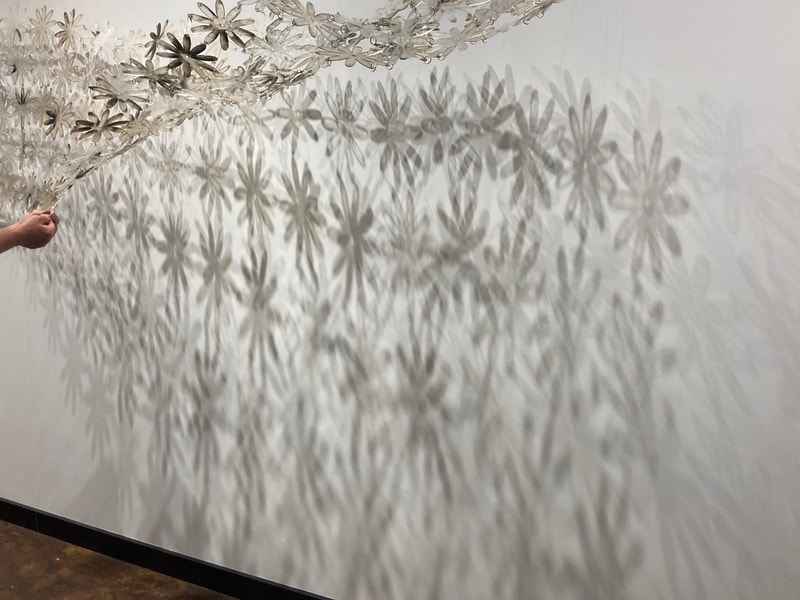